How to get fit enough to be the CEO

Tim Bean is telling me how to work a room full of champagne-swilling business types without consuming a drop of alcohol.

“You just go up to the bar and discreetly ask for a little apple juice mixed with tonic water in a champagne glass,” he says. “It looks like you are drinking fizz and nobody is any the wiser.”

Bean is full of such tips. “The first thing you should do in any restaurant is order a full glass of water and always say no to the bread basket,” he goes on. “And don’t open the menu - order whatever you know to be healthy.”

There’s more to his rules than weight loss. For the corporate high-flyers who hang on to his every word, they can be the making or breaking of a career. Bean is neither a personal trainer nor a clean-eating guru, rather a self-styled “Executive Longevity Specialist” who, along with his partner, Anne Laing, has forged a niche in the highly competitive world of wellbeing. Their stock-in-trade is wellness, but the kind sold for a substantial fee to the upper echelons of the global corporate elite.

They have written a book on the subject, The Wealthy Body in Business, and are clearly living their ideology. When we meet, Bean is crisply dressed and tanned from a recent trip to Majorca where he was speaking at a medical conference; Laing appears impossibly glamorous for her 63 years. I couldn’t imagine them looking less like a couple with seven grandchildren. 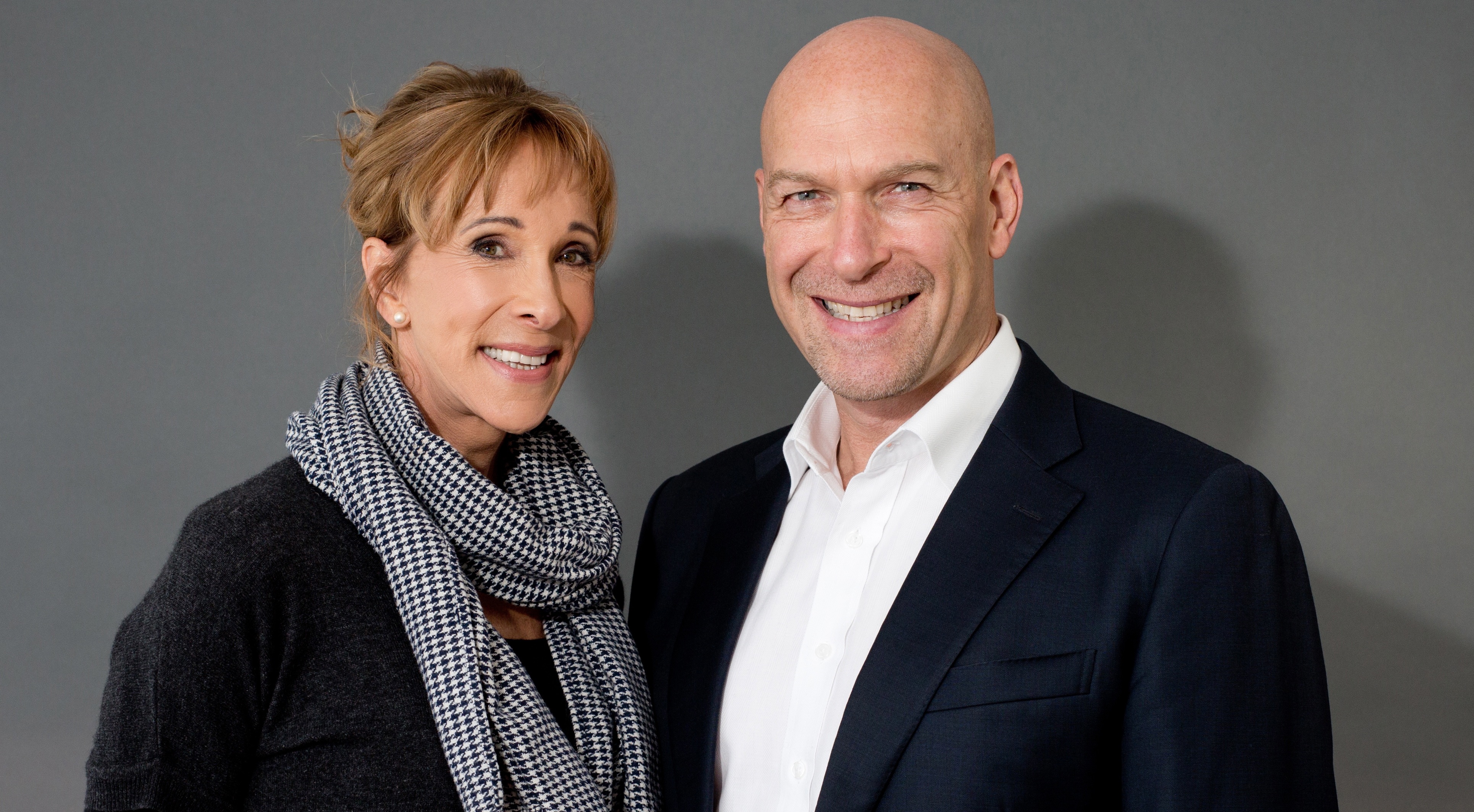 If you met them you would probably find yourself wanting to know all the secrets of their stress-busting, muscle-priming approach. However, unless you earn a big six-figure salary, they are out of your league.

Their approach involves first referring clients for a battery of tests with experts who analyse everything from their alcohol consumption and exposure to synthetic chemicals to their sleep quality and their biomarkers for disease. From the results, Bean and Laing make tailored recommendations and direct clients to the appropriate trainers, nutritionists and doctors. In short, they are the go-to couple for the kind of mind-body athleticism that is becoming as essential to making it in business as an impeccable CV, and people pay a great deal for their expertise in the belief that their careers may depend on it.

Originally from New Zealand where they owned a couple of health clubs, the pair moved to the UK 20 years ago to be close to their son. They landed jobs at the Harbour Club in Chelsea, the upmarket gym and tennis centre that for years had been a haunt for Diana, Princess of Wales. Although his appointment as fitness manager was “post-Diana’s era”, Bean says that he benefited from the association.

While working there, Bean and Laing, who was a beauty therapist, met Naomi Campbell, Angelina Jolie, Hugh Grant and their like. Bean inevitably recruited a few high-profile clients of his own. The couple realised that “financially, the celebrity market is not where it’s at” and instead used their connections to network their way into the business world.

What it takes to be successful today, they say, is markedly different even to 15 years ago. Head-hunters and recruitment firms look beyond business acumen and experience to seek someone who is as physically alpha as they are mentally. To make it to the very top - and stay there - your muscles must match your mind. The number of CEOs doing marathons has doubled in a decade, according to recent research. Completing them has become “a personal branding tactic” to suggest that one operates at the highest performance levels, says André Spicer a professor of organisational behaviour at Cass Business School.

The infiltration of Olympian-level fitness into the world of CEOs first became apparent a few years ago, when corporate leaders such as Harriet Green - then chief executive of Thomas Cook, now the head of three divisions at IBM - started to talk openly about the punishing regimens they put themselves through at ungodly hours of the morning to be at their best for business. It is also evident from the number of executives who have brought their newfound exercise evangelism to bear on their own staff, organising squat challenges in the tea break or taking their teams on cycle rides at 6am for a chance to shoot the breeze about work.

A vice-president from one investment bank recently told Bean and Laing how he had even made a major promotion decision based on the two candidates’ fitness levels and lifestyle habits. “He chose the one who was older but in better physical shape over the man who was overweight, smoked and yet was a star performer at work,” Bean says. “His rationale was that the role they were up for required long hours, more pressure, more travel and more stress. The fitter candidate was better equipped to survive.”

Much of their work involves helping executives to avoid the potential health pitfalls of their routine, and likens the way they prepare their clients for business trips to the way in which a support team helps an athlete to peak for an important event. “Often, the heads of corporations will tell us that their best deals are sealed over a drink. Our job is to give them the means to change that behaviour. We recently told one client in Japan that he should agree to two drinks and no more at any meeting. It set boundaries that completely changed his perspective.”

They also hold workshops for PAs whose job is to keep their boss on the straight and narrow. They are taught to request and scan menus before lunch meetings, to order in advance the healthiest dishes in half-sized portions and ask for vegetables to be steamed. They are also advised to book for business trips hotels with well-equipped gyms and to ensure their boss eats something nutritious before heading to the airport where the food in the business lounge might otherwise prove impossible to resist.

Typically clients lose weight - lots of it - and gain confidence, energy levels, sleeping hours and, potentially, a lengthier career. One company director - “as broad across the shoulders as he was thick around the waist” when he approached them, according to Bean - lost 6st on their 24-week programme, but also “massively improved his medical biomarkers and restored his strength”.

His needs were far from unusual. “The business world is relentlessly tougher, faster and more stressful,” Bean says. “Companies are uploading more pressure, the stakes are high and the cost of failure inconceivable. If you’re out of shape, something’s going to give. You need to be on your game physically for your business brain to operate at peak performance.”

■ When stressed do 20 deep squats, 20 press-ups or run up the stairs: it will pump up your lymph system and oxygenate your blood.

■ In restaurants, order half portions. Skip appetisers and choose a soup made with a water base and natural stock. Ask for steamed, blanched or raw veg and avoid starchy carbs.

■ Alternate sips of alcohol with water to slow your drinking pace.

■ Eat nuts and seeds. An estimated 80 per cent of us are deficient in magnesium and symptoms include insomnia, restlessness, low energy and depression. The next best formula is to take a supplement of magnesium in combination with zinc daily.

■ Get at least six to eight hours’ sleep a night. It gives your immune system a chance to rebuild and your depleted cells a chance to replenish.

■ For energy, take the coenzyme Q10 and L-carnitine twice a day with breakfast and lunch.

The Wealthy Body in Business by Tim Bean and Anne Laing (Bloomsbury; £12.99) 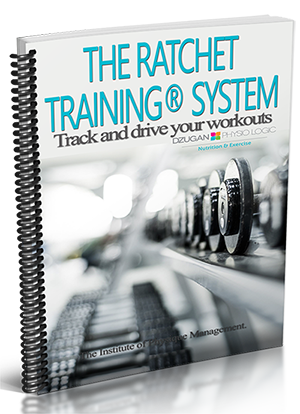